Labour commissioner office Pune has asked Tata Technologies representatives to be present for the meeting on 08th October 2020 pertaining to the complaints of employees submitted by NITES. NITES had earlier received complaints from employees of #Tata_Technologies that the company has benched more than 400 employees has also sent employees forcefully on Leave without pay till 31 December 2020. National Information Technology Employees Senate NITES had submitted an official complaint to the Labour Commissioner Office. The employees had received communication from HR regarding resign immediately or 6 Months furlough (leave without pay). The employees are under huge pressure and trauma as they are struggling to find new jobs under lockdown. Tata Group chairman emeritus Ratan Tata had spoken publicly that retrenchment of employees by Indian companies in these Covid-19 unprecedented times is not the solution. It was also claimed that Tata Group has not fired any staff, while several Indian companies have cut workforce because of lack of cash flow after the countrywide lockdown.On our complaint against Tata Technologies to follow what is being claimed and stop the furlough with immediate effect Labour Commissioner Office had sought their response. Forcing employees to resign under lockdown is against Government’s directions and also against the work ethics. In the response to the earlier notice the company has said that there is no non-compliance on their part. But National Information Technology Employees Senate NITES has submitted evidences against the false claims of the company. We are hoping to get the #justiceforemployees soon. 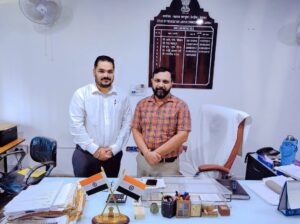 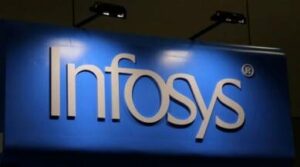 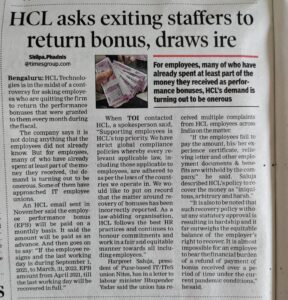 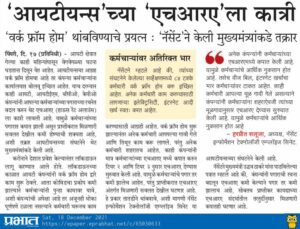 NITES raises concerns of IT Employees Working from Home.