Nascent Information Technology Employees Senate NITES strongly condemns the unethical deductions being implemented by Infosys. Under the pretext of uncertain economic environment the company has illegally withheld the variable pay component of the employees. The Net profit for last quarter is at Rs 5,360 crore, or Rs 12.78 a share, compared with Rs 5,195 crore, or Rs 12.24 per share, in the same period a year back. Revenue or turnover rose 23.6 per cent to Rs 34,470 crore in April-June – the first quarter of the current fiscal year. After posting such financial results still the company is deducting 30% of variable pay which is clear exploitation of IT employees. In May 2022 the company justified a 43% increase in salary to CEO Salil Parekh saying the firm has achieved industry-leading growth in recent years. Such astronomical figures of salary is being drawn by CEO while employees are drawing such less amount. Infosys’ Founder Narayana Murthy once said that giving huge salaries to just the CEOs does not solve any purpose and engineers should be paid more. He had suggested to reduce the median salary difference between CEOs and staffers. But it seems that Infosys is going in exactly opposite direction. The unethical and illegal clauses in the employment letters should be reviewed by the Ministry of Labour and Employment, Government of India to stop the exploitation of IT and ITES sector employees. 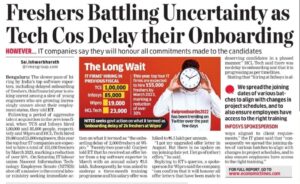 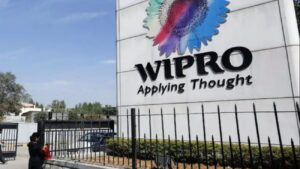